Kubernetes is an open-source platform for automating deployment, scaling, and operations of application containers across clusters of hosts, providing container-centric infrastructure.
With Kubernetes, you are able to:

Execute following command on all 3 nodes. You can also use –y switch to accept by default
tdnf install kubernetes

Size of the package is about 500MB so it will take time depending upon Internet Speed. I haven’t tried offline method

Modify /etc/hosts  on all hosts

Add master and node to /etc/hosts on all machines (not needed if the hostnames are already in DNS). Make sure that communication works between photon-master and photon-node by using a utility such as ping 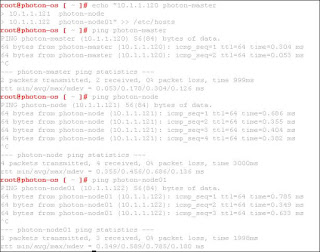 Modify Kubernetes Config on all hosts

Edit /etc/kubernetes/config on all machines as per following
Before 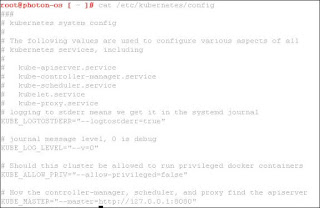 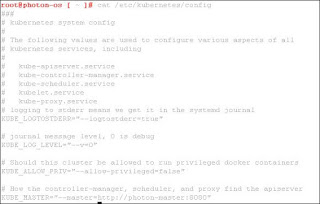 Edit /etc/kubernetes/apiserver as per following 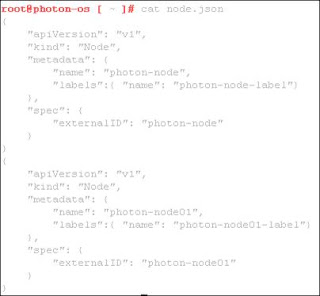 Edit /etc/kubernetes/kubelet as per following
Before

Posted by Munishpal Makhija at 5:00 AM